The problem we all live with 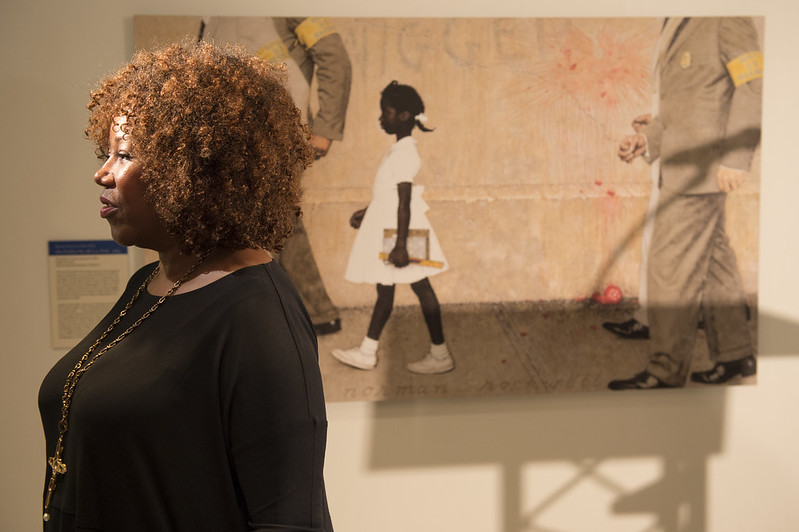 The Problem We All Live With is a painting by Norman Rockwell that was first published in the January 14, 1964 issue of Look magazine. It depicts a young African American girl, Ruby Bridges, walking to school while being escorted by U.S. marshals. The painting was created in response to the integration of public schools in the United States during the Civil Rights Movement, and specifically references the integration of William Frantz Elementary School in New Orleans, Louisiana, where Bridges was one of the first black students to attend.

The painting is significant for a number of reasons. First and foremost, it captures a powerful moment in the history of civil rights in the United States. At the time it was painted, segregation was still legal in many parts of the country, and the integration of public schools was a major point of contention. Bridges' courageous decision to attend an all-white school, and the bravery of the marshals who escorted her, helped to pave the way for greater equality and justice in the United States.

In addition to its historical significance, The Problem We All Live With is also a poignant reminder of the ongoing struggle for racial justice and equality in the United States. Despite the progress that has been made since the Civil Rights Movement, racism and discrimination continue to be major issues in the country, and the painting serves as a powerful reminder of the work that still needs to be done to create a more just and equitable society.

Overall, The Problem We All Live With is an important work of art that serves as a powerful reminder of the struggle for civil rights and racial justice in the United States. It is a reminder of the progress that has been made, but also a call to action to continue the fight for equality and justice for all people.